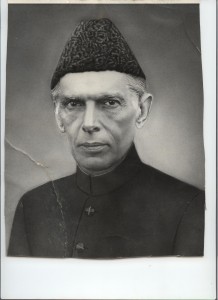 “This picture of Quaid e Azam was purchased by me in 1984 from a Photography Studio on Elphinstone Steet Karachi. The Cameraman, an old Baba Ji from UP, India told me the story of how keenly Jinnah Sahib had visited his studio for his pictures in 1947. ” Jinnah Sahib was very fond of being photographed,” he said. Then he showed us several original pictures and negatives of Jinnah Sahib that were in his collection. He was a sad old man and it was actually his son that was now the working photographer. After some negotiation on price, we “purchased” this one. 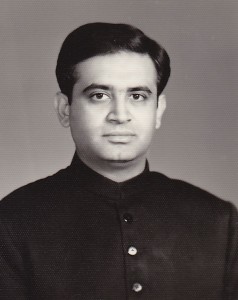 Then as I sat to be photographed by his son, I begged the old man, his father, to take the picture instead. He agreed. Next, he photographed me and Nayla, and talked to me at some length about my passion for Islam and Pakistan. He blessed me with a beautiful prayer which I remember so well by heart. Since that day, I have been blessing the youth of Pakistan with the same prayer, “Allah aapko Arz e Pakistan ka doosra Jinnah banaye”—Asarulislam 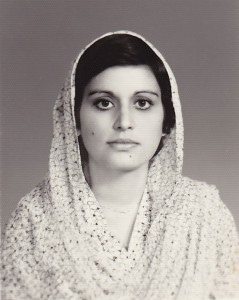